The Gospel of Brian McLaren: A New Kind of Christianity for a Multi-Faith World

Three years ago I had had enough. I was a seminarian, making my way through Master of Divinity and Master of Theology programs, and I’d begun to realize I’d been hoodwinked by one of the hottest post-evangelical movements of the time: the Emerging Church Movement.

Up until then I had drunk from the wells inhabiting Emergent Village with abandon: I attended Brian McLaren’s church; helped host Pagitt’s, Jones’s, and Scandrette’s Church Basement Roadshow; attended most Emergent West Michigan gatherings; and defended Emergent to my concerned parents and former ministry leaders, dismissing them as out-of-touch fundies. You could say I was somewhat of an insider given my experiences and connections.

But then something happened: I read. And by reading I mean I read books from across the spectrum of the Church. From the early Fathers to the medieval Scholastics, from the Reformers to modern Enlightenment thinkers. And along the way I rediscovered the historic Christian faith. In so rediscovering I also discovered how my previous efforts at reimagining the Christian faith (last week I released another book about this subject) by drinking the Emergent elixir were in fact not so original or new. They were liberal.

What I discovered was that for a decade Emergents have not been reimagining the Christian faith, but recycling it—they are recycling old theological liberalism for a new postmodern pluralist day. Chief among the recyclers is the so-called “grandfather” of the Emergent Church movement, Brian McLaren. I particularly discovered how closely McLaren aligns with theological liberalism in my ThM thesis. In it I show how McLaren perfectly perpetuates the generational development of liberalism for a new postmodern day. And after his latest book on religious pluralism, he fulfills the liberal dream for a pluralist day, too.

In The Gospel of Brian McLaren, I explain and engage the latest teachings of this grandfather of Emergent. With a chapter from Reimagining the Kingdom—my book on McLaren’s theology of the Kingdom of God—and fresh content exploring McLarenʼs newest book on religious pluralism, I seek to plumb the depths of McLarenʼs gospel with academic precision and pastoral care.

In the end, I hope this book will help you better understand how the gospel of Brian McLaren truly is a new kind of Christianity for a multi-faith world—which in reality is no gospel at all.

For Kindle For NOOK For Kobo Print Book

The first time I met Brian McLaren was the day I visited his church, Cedar Ridge Community Church. I was living in the Washington D.C. area and just left an area megachurch I had been part of for a few years. I left because I had entered a period of faith deconstruction and reconstruction the likes of which I had never experienced before—and this was largely thanks to Pastor Brian, or should I say Pastor Dan and his faith-deconstruction mentor Neil Oliver. While I lived nearly 40 minutes away, I felt drawn to this mini-mecca of Emergent and its good-natured prophet to experience first hand his teaching and insight into a new way of being a Christian, a new kind of Christianity.

I remember Brian greeting me as I sat pensively in an aisle seat a few rows back from the front. There he was, shaking my hand, with his infectious grin, small Buddha belly, and trademark close-cropped beard that flowed up around his balding head. He was sort of like Santa, but without that sack of toys, or long shimmery silver beard. We exchanged a few words—he asked me what I did in the city and I mentioned the organization I worked for was a ministry to politicians, which piqued his interest. Unfortunately, our conversation was cut short by the start of the service. Afterwards, I stayed for the new visitors meeting, where I got a sweet CRCC mug, which I still have somewhere in some basement box. That was my first encounter with Brian, but not my last.

A few months later, Brian helped launch a movement in the DC area, called Worship in the Spirit of Justice. The worship gathering event was a 5-week long series of non-violent protest worship-ins to bear prophetic witness to the atrocities committed in Sudan, particularly Darfur. Think Occupy Wall Street without all the tents and latrines. We met at strategic points around Washington—the Lincoln memorial, Capitol Building, Washington Press Club, the Sudan embassy, and White House—to worship, read Scripture (or from “sacred texts,” more on that below), and pray for the genocide a continent away.

Along with his good friend Jim Wallis, several people from Sojourners, and other religious leaders in the area, Brian launched this movement after being deeply impacted by the movie Hotel Rwanda. As he sat in utter silence and disbelief as that movie chronicled Rwandan genocide, he vowed he would never again sit idly by while something similar was happening during his lifetime.

While at the time I appreciated Brian’s gumption and valued the opportunity to lend my worship and prayers to this prophetic movement, looking back there were aspects that were, shall we say…odd. One came during the final week, which was held in a park just north of the White House. This final prophetic protest was particularly memorable because of the actors who shared the stage: along with Christian pastors and a Jewish rabbi was a Muslim imam who prayed, to Allah, and read from the Koran. It was as if we—Christian, Jew, and Muslim—were all worshiping and praying to the same God. This was the first time I realized things were a bit off, but it wouldn’t be the last.

Years later, when I moved back to Grand Rapids to pursue seminary, I attended a national pastors conference in San Diego. Before the actual event started, there were several pre-conference workshops, one of which Brian led based on his newest book, Everything Must Change. Huddled around Brian were a handful of pastors who, like me, were interested in his sage wisdom and advice for ministering in an emerging postmodern world. And he was eager to dispense to us that wisdom. Using his handy dry-eraser board, Brian spent several hours illustrating the greatest tragedies threatening human existence, and how to solve them.

What struck me as odd during this third encounter was how Brian defined our human problem and solution: Our problem was not our personal rebellion against God (a.k.a. sin), but broad systems of injustice that oppress people from the outside and model for them a bad existence; our solution was not faith in Jesus Christ as Lord and Savior (carrying with that belief in who He is as the only one true God and what He did in life, death, and resurrection), but faith in the way of Jesus and His model for a better existence. In other words, I was struck by the shift in his understanding of the gospel and fundamentals of the Christian faith. I wouldn’t fully understand this shift until two years later when I began to immerse myself in historical theology and when Brian fully revealed his theological hand with his magnum opus: A New Kind of Christianity.

This book launched February 9, 2010 with fervent cries on either side of the theological aisle. Some backslapped Brian for his theological courage. Others just slapped him for challenging historic Christian orthodoxy. Personally, I was shocked at where Brian had ended up theologically, and decided to spend several weeks reviewing the book on my blog, www.novuslumen.net. Here is what I wrote in a shorter review:

(You can read that review, HERE.)

While I had a strong sense at the time that Brian had completely jumped ship from historic Christian orthodoxy, my sense wasn’t entirely confirmed until my Master of Theology program in historical theology culminated with my thesis. I chose my topic based on a growing sense of mission to interact with Emergent theology in order to better understand the roots from which it has grown. One of the biggest theological concepts of the Emergent Church has been a hyper-focus on the Kingdom of God. Furthermore, it isn’t a secret that people have labeled Emergent theology liberalism in evangelical clothing. So I set out to prove whether Emergent understandings of the Kingdom were similar to or different from theological liberal views of the Kingdom. What I discovered was staggering.

Using Brian as a theological representative of Emergent theology—an entirely appropriate representative at that—I discovered that his theological views concerning a range of ideas continue the theological impulse and trajectory of liberalism, four generations deep. (This thesis project was released in 2012 as a print book and ebook under the title, Reimagining the Kingdom: The Generational Development of Liberal Kingdom Grammar.) Along with Friedrich Schleiermacher, Albrecht Ritschl, Walter Rauschenbusch, and Paul Tillich, Brian McLaren’s view of our human problem (sin), the solution to our problem (salvation and the Kingdom) and the bearer of our solution (the person and work of Jesus) is nearly identical. The only difference is that Brian’s theological system revises and extends liberal Kingdom grammar for a postmodern, multi-faith world. No clearer do we see this than in his latest book, Why Did Jesus, Moses, the Buddha, and Mohammed Cross the Road?: Christian Identity in a Multi-Faith World.

This revision and extension is why I’ve released this short book. It contains the chapter on Brian’s theological system from my Kingdom book and a summary and evaluation of his arguments from this new book on religious pluralism. While I trace the development of Brian’s liberal theology through four generations of theological liberals beforehand, this chapter on its own in Part 1 should give you a good handle on what Brian believes, and how it is foreign to the historic Christian faith. (If you’d like the full argument, you may purchase the book from most online retailers.) Part 2 contains the summary and evaluation of Brian’s arguments in his latest book in order to show how his gospel is indeed a new kind of Christianity for a multi-faith world.

In the Book of Jude, the author urges the church to “contend for the faith that was once for all entrusted to God’s holy people.” (Jude 3) I believe now, more than ever, we need people who are passionate about safeguarding that once-for-all entrusted faith. Part of the way we can contend for that faith is to better understand the theological roots of people like Brian McLaren. Though his influence has waned as the Emergent Church movement has fizzled, he is still a prominent voice in many corners of the American church. Such prominence and influence requires a thoughtful interaction with his gospel. And because that gospel is foreign to the historic Christian faith, a forceful response is also required. I hope this short book will provide both.

(Copyright © 2013, Jeremy Bouma • From The Gospel of Brian McLaren: A New Kind of Christianity for a Multi-Faith World)

Signup for updates on my work, resources making the vintage faith relevant, and my first book on showing Jesus and telling his hopeful story well—for FREE!

Hurray! You've successfully subscribed. Thanks a bunch! You're in, and won't regret it :) (FYI: You may need to check your spam folder and mark me as un-spammy, just to be safe.)

Don’t worry, we hate spam too! You can unsubscribe at anytime.

A Spiritual Coming-of-Age Story for this Generation 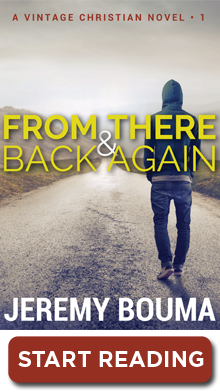 Signup for updates on my work, resources making the vintage faith relevant, and a free book!

Hurray! You've successfully subscribed. Thanks a bunch! You're in, and won't regret it :) (FYI: You may need to check your spam folder and mark me as un-spammy, just to be safe.)

Don’t worry, we hate spam too! You can unsubscribe at anytime. 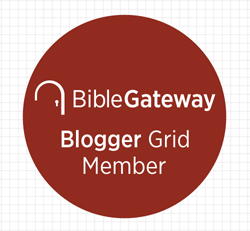 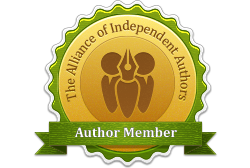